Established in 1976, Cross Hydraulics has grown to become one of Australia’s leading providers of imported hydraulic and electrical equipment to customers across the country. The family-owned firm employs more than 140 people and also manufactures a range of customised products to meet specific customer requirements. 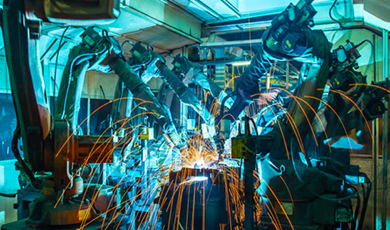 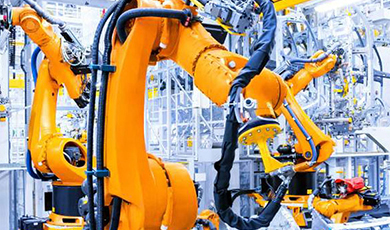 While this topology had reflected past best IT practices, the advent of cloud-based software-as-a-Service (SaaS) solutions, including the Microsoft Office 365 suite, has changed the way the company’s employees accessed their most critical applications.

Indeed, it was no longer necessary or efficient to use the previous centralised data centre model. Forcing IT users to access the internet through the Victoria head office had created a bottleneck affecting performance and also overworking the network.

While changing the network to a more distributed model was the solution, this also introduced a new challenge. The organisation now needed to secure all its sites, as opposed to just their main data centre, while maintaining secure intra-office connectivity and backup.

Cross Hydraulics IT manager, Alex Burrows, says the larger network required a different approach when it came to security. Each office needed protection, and everything had to be managed as a cohesive whole. This coincided with the establishment of an office in New Zealand which also needed strengthened IT security infrastructure.

“Our general security posture had to change just as the world changes with new threats every day,” says Burrows.

“Moreover, the migration to Microsoft 365 required us to deploy internet links to every site as opposed to a MPLS network back to a single firewall in the data centre. This gave us efficiency for the workforce and the direct connection to our SaaS business tools. Each office needed protection as we broke away from the traditional data centre server model and everything had to be managed by my managed service provider, GPK Group.”

Scaling up network with Barracuda

Barracuda has been leading the way for years with robust security solutions that are the perfect fit for Cross Hydraulics’ requirements. Cross Hydraulics has been a user of Barracuda’s robust CloudGen Firewall models since 2018. Software-defined wide area network (SD-WAN) technology, a key feature of Barracuda’s security solutions, provides the company with a flexible network design enabling direct access to the internet through Barracuda’s firewalls, while at the same time offering dynamic and secure intra-office connectivity. As Cross Hydraulics continues to flourish and grow, the firewalls are also sufficiently flexible to scale with the company’s changing requirements.

“We now run a high-availability firewall configuration,” says Burrows. “This has been achieved by placing multiple firewalls in a group and then configuring them to be synchronised, thus preventing a single point of failure in any office location. “At the same time, we could see the firewalls were able to meet our new requirements and so took the decision to deploy additional appliances. The most recent were deployed in our offices in New South Wales and Western Australia during 2020.” Earlier this year, the company extended its protection by deploying Barracuda CloudGen Firewall in New Zealand.

Additionally, Barracuda CloudGen Firewall and Barracuda Total Email Protection have been implemented to provide a holistic solution across all potential threat vectors that Cross Hydraulics were concerned about.

With Barracuda solutions now live in both Australia and New Zealand, Cross Hydraulics is enjoying significant benefits. All offices are fully protected from attacks and can seamlessly share data as required. Staff in the New Zealand location can share data and access applications as though they were in the same country.

“We’re using Barracuda Cloud-to-Cloud Backup to protect our critical Office 365 data as well as Barracuda Backup Appliance to protect our other core servers and applications,” says Burrows. “This means we are able to backup our data to a managed appliance and also send a copy of those backups to the cloud. This helps us protect our data by having it in multiple locations.” Burrows says Barracuda Essentials also helps the company cope with email traffic that regularly reaches 10,000 messages in a single day. “Of those, around 2000 are usually found to be malicious and capable of causing harm to our systems,” he says. “Barracuda automatically stops these messages and sends us a report if any look particularly nasty.”

Burrows also says that Barracuda Message Archiver automates the process of archiving all email that is both sent and received while Barracuda Sentinel continually scans user inboxes using artificial intelligence that can identify potential threats.

“We now have in place a comprehensive security and archiving infrastructure that covers our needs across all of our office locations,” he says. “With Barracuda, we have a technology partner that we know will continue to support our growing operations in the years ahead.”